Earlier I wrote about my skepticism in re how reading is purported to promote empathy. Not because I hate reading — I love it to wicked death — or because I think empathy is a bad idea, but because I dislike applying either romanticism or cynicism to discussions of human nature.

I've become skeptical of the idea that cultural products can be used to create empathy generally. Again, I don't think promoting empathy is a bad idea, it's just that we seem to have an attitude about it that borders on wish-fulfillment. If promoting empathy through art does happen at all, it happens mostly because it creates an environment over the long term where certain kinds of empathies become more acceptable — and it often is at least as much about mirroring the way those empathies are already becoming acceptable in society as it is about engendering those empathies from scratch. The struggles by motivated individuals to secure unprejudiced treatment for nonwhites, for instance, was not something that started in a book, but was certainly mirrored and recorded by fiction as time went on.

I guess the point I'm trying to make is that it's a bad idea to turn fiction into a kind of attempt to propagandize empathy. For one thing, it makes the fiction less interesting as fiction, except for those have already signed onto the program being offered. The person in question, the story about that person, needs to come first; the case they are embodying will follow naturally from that.

The other reason I don't like this is because the raising of consciousness is not something you can strong-arm onto people. I don't think you can always prevent others from trying to do that, not without running into some seriously snarly issues. I also don't think the things that many people want to raise consciousness about are themselves invalidated just because other people might want to twist your arm over them.

We love the idea that cultural products are a form of cultural engineering, but our thinking about this stuff is backwards. It's hard, bordering on impossible, to create some cultural product in the hopes that it will produce some desired manner of societal effect. We can't engineer for specifics like that.

Real change is not something you can strong-arm onto people. People have to be awakened to something within themselves, and that process is necessarily private and silent. The most you can do is create some favorable conditions for the change, and hope that it pays off. Good storytelling, compelling and thoughtful fiction, can help there.

I'll have one more installment in this vein shortly.

If you have some empathy with what I'm talking about, check out my (new!) novel Welcome To The Fold, and showing your support for it by registering at Inkshares and adding the book to your "Follow" list! Failing that, you can always buy one of my existing books, available on Amazon Kindle and in dead-tree format.

See all entries in Uncategorized / General for the month May 2017. 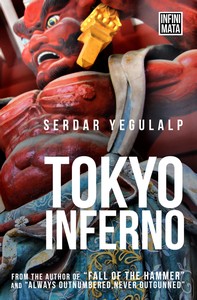 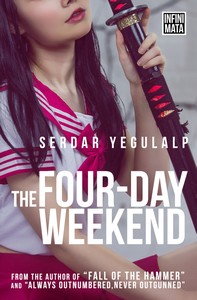 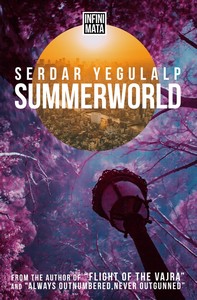