I do have a cause, though. It is obscenity. I'm for it. —Tom Lehrer

Those might well be the same words that Subuyan of The Pornographers might have printed on his business card. He’s an entrepreneur dealing in contraband: not drugs, but hard-core smut. Japan of the 1960s may have stern laws about what you can and can’t show in books and on film, but since when have little things like the law stopped any self-respecting businessman from reaching his target market?

If the title of the story and the main character’s predicament sound familiar, it might well be. Akiyuki Nosaka’s novel was the inspiration for Shohei Imamura’s witty, biting film, and so coming to the book at this point feels as odd as it did when I read Shotaro Ikenami’s Ninja Justice long after having watched Baian the Assassin, or watching Vibrator and then reading Mari Akasaki’s novel a year or more later. Odd, but not wrong: in each case I fully expected the book and movie to diverge from each other, and here I went in curious about where they broke off and how they rejoined.

The Pornographers does three things, all of them well. It shows how Subuyan and his seller-of-the-unsellable attitude was shaped by the end of WWII, the hunger and privation that followed, and the prosperity that came after that as well. It examines the country’s attitudes about sex generally (and porn specifically) in that same time frame: officially, it’s illegal, but there’s a reason Japan has saying along the lines of “if everyone crosses against the light, it’s OK”. And it provides the kind of bawdy comedy of the everyday that is limited to no one society or moment in time. If people laughed when Rabelais wrote about using a goose as toilet paper, they’re also likely to laugh at Nosaka when he writes about his male characters comparing genital sizes and writing the results on mah-jongg scorecards.

Over time Subuyan begins to splinter: we see less the businessman and more someone who is obsessed with finding an ever-greater pleasure beyond the current one, only to find his libido declining just as precipitously. His wife dies, and he finds himself becoming fixated on his daughter Keiko, much to his own dismay. It turns out Keiko’s as sexually indifferent as they come, to the point where he ends up in bed with her and her her first question is “Who’s nicer, me or Mom?” He’s busted for obscenity. His daughter runs off with his bankbook. He experiments—hilariously and horribly—with creating a custom sex doll. “I’d like to get a pornographic atom bomb,” he tells his comrades, “and blow these sex-maniac customers of ours right out of their minds.” He gets his wish, but like Major Kong in Dr. Strangelove, he ends up riding that particular atom bomb all the way down.

Again, precious little of this would be funny if it weren’t for the tone of the whole thing, which sees Subuyan as someone more pitiable than despicable. A lot of this carried over into the film version as well, which struck the same note of farcical detachment even in scenes that ought to have been tasteless and squirm-inducing. But the book takes Subuyan’s obsessions to their absolute and unforgiving extreme: by the end, he’s orchestrating multi-person orgies that he doesn’t have the wherewithal to even participate in anymore. In giving sex to so many others, he’s taken it away from himself. It’s up to us to decide if that’s tragedy or comedy, and the book certainly gives us both possibilities. Especially in that last scene, where sex and death are united in a way that is mordantly funny—but if you feel bad for laughing at it, Nosaka has thoughtfully put the laughs into another character’s mouth for you.

Nosaka is another example of a criminally undertranslated Japanese author. His best-known work in the West is not even his, per se, but the Studio Ghibli animated adaptation of his story Grave of the Fireflies, which itself has not even been translated into English. Pornographers is the only work I have found of his in print so far, and it hasn't even been offered in a domestic edition—it’s only available through Tuttle’s Japanese imprint.

See all entries for November 2010. 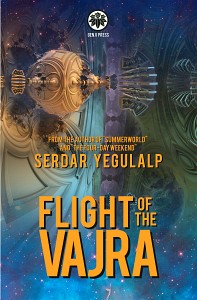