Previous: The Edukators
Next: The King of Fighters 2003: The Comic, Volume 1

How is it that a gigantic hoard of Buddhist literature came to be concealed in the Thousand Buddha Caves near Tun-Huang, in the northwest of China, and remained undiscovered for almost a thousand years? The explanation provided by Tun-Huang is of course fiction, but it’s fiction backed up by a good deal of careful research and thought about its time and place—a corner of the Chinese empire that was in constant conflict and under the perpetual threat of invasion or insurrection. That’s more than enough exotica to draw my attention, but there’s more: the author is Yasushi Inoue, author of The Samurai Banner of Furin Kazan, one of Japan’s most highly-lauded novelists next to Musashi author Eiji Yoshikawa.

Like Yoshikawa, Inoue is criminally undertranslated. Furin Kazan only appeared in English last year, and his other major works under the Kodansha label—Tun-Huang and Lou-Lan, a short-story collection—are both out of print. I wonder if part of the reason why his work has not been embraced as avidly as others is because he doesn’t try to artificially pump up what he’s writing about. For a story that takes place in an exotic time and a faraway place (even to a Japanese author!), Inoue adopts a very straightforward, unpretentious, unadorned style, and the book itself is not very long—barely 200 pages. Musashi was nearly a thousand pages and had to be broken across five paperback volumes, but only because it was dealing with the span of a man’s life; the language in it was equally direct.

The book (like the rest of his work that I’ve seen) also stands in stark contrast to most of the American authors I’ve read who attempt historical fiction that deals with the Far East. They inject every sentence and paragraph with endless descriptions of furniture, clothing or digressions meant to explain crucial elements of the setting. Kara Dalkey’s Genpei, which was part fantasy novel and part retelling of the House of Genji story, suffered particularly badly from this kind of bloat. Inoue leaves out everything that doesn’t need to be there, but the prose never feels underfunded—he puts in the details that matter, and he explains what he must to move things along. He trusts us to believe that what he’s evoking will be magnetic enough, and for the most part he’s right. This isn’t quite as immediately compelling a story as Furin Kazan, and there are some parts of the story that do seem a bit pedantic (although some of that may just be because I was more immediately familiar with feudal Japan than I was with ancient China). But it’s still a good read, and when it was over I wanted to go back for more, a sure sign the book did its job.

Tun-Huang does not open in the outpost city of the title, but instead gives us Hsing-te, one of thousands of young scholars who have come to K’ai-feng (the capital of China during the Song Dynasty). Every three years exams are held for government posts—one of the highest aspirations any fellow could have during that time was a bureaucratic job—and Hsing-te is there to beat out other applications for a post. Unfortunately, he falls asleep while waiting for the oral portion of the exam and is disqualified. He wanders through the city, dazed and dismayed, until he comes across a bizarre slave auction where a Hsi-hsia woman—the fierce and proud people that live in the area near Tun-huang—is to be sold off in pieces for her disobedience. Spurred by a nascent fascination for the region (he’d dreamed about how to deal with the unrest there when he fell asleep), he buys her off and sets her free, and in return is given a gift: a fragment of Hsi-hsia writing. One of the other bureaucrats dismisses it as barbaric rubbish, an inferior imitation of real Chinese culture, but Hsing-te’s curiosity is only fired all the more, and he soon sets off for the frontier on his own.

Out there, he soon finds himself in the company of a Chinese warrior unit commanded by Chu Wang-li, who is as charismatic and indomitable as Hsing-te is reticent and thoughtful. Under his unsparing tutelage, Hsing-te discovers he is a far better fighter than he might have imagined. The two of them also clash, in an unexpected way, over a woman: an Uighur princess (one of the many minority populations clashing on the fringes of the Chinese empire). Hsing-te discovers her and in a moment of pity that is as unexpected for him as it is her, shelters her from certain death. When he is summoned to the front, he places her in Wang-li’s care, and returns to discover that she has thrown herself from the walls of the city rather than let herself be taken by another man.

Inwardly, the two men are crushed by the loss of this woman, but they express it in totally different ways: Wang-li throws himself all the more furiously into battle, while Hsing-te finds himself becoming inwardly withdrawn and seeking consolation in Buddhism. As an act of atonement—as much for himself as the dead woman—he resolves to create a copy of a sutra in multiple languages, including Hsi-hsia, and store it along with a great many other scrolls being hastily hidden away in the Thousand Buddha Caves before the advancing Hsi-hsia armies burn the whole of Tun-huang to the ground.

I mentioned before how the story is not as immediately compelling as Samurai Banners was. Part of that is unfortunately not the setting, but now that I think about it there are indeed some small deficiencies in the way Inoue unfolds the story. In his quest to be spare and straightforward, he sometimes leaves out certain details at the expense of others, only backfilling them in when it’s almost too late. One of the most important elements of the book, Hsing-te’s growing fascination for Buddhism, is handled almost all in one lump—it doesn’t feel convincing at first, and he has to do a good deal of work to make up for that. But most of the book is solidly delivered, and there is always a compelling reason to keep reading. And then there is the excellent final quarter of the book, where Hsing-te and his collaborators hurry to complete their mission before the city is overrun only to be subjected to a cruel irony—and then have their work redeemed over the course of a thousand years by the weight of history itself. It’s a moving and grand ending, and it more than redeems the slight missteps and bumps along the way.

“The true hero of the story is Tun-huang itself,” writes translator Jean Oda Moy in her introduction to the book. I’d expand that even further and say that the true hero of Tun-Huang is history itself—the way individual lives, lost to time, can change the scope of our experiences as a whole without ever knowing how they will do so.

Footnote: Tun-Huang was adapted into a film (released in English-speaking territories as The Silk Road), directed by Junya Sato. I have not seen the film yet but I hope its epic scope doesn't make it into a Heaven and Earth clone. 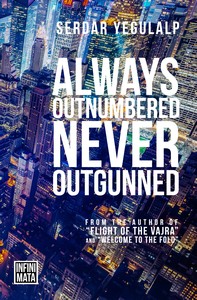 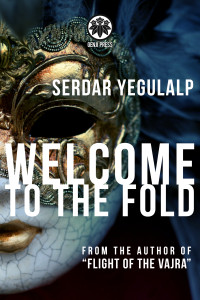